Windows XP was released to the general public on October 25, 2001. It was a highly anticipated version of Windows and for good reason. It was based on the Windows NT kernel and not the previous Windows 9X/MS-DOS one, making it a much more robust platform.

Microsoft released a new operating system in January 2007, Windows Vista, which was not very popular and most people stuck with XP. Windows 7 came out October 2009 and is now the operating system of choice as it addressed all the shortcomings of Vista, most notably all the popup messages whenever you tried to do something.

Although the current version of Windows is now 8.1 (released October 2013), many users still prefer Windows 7 as it still uses the familiar menu system and the Start button. 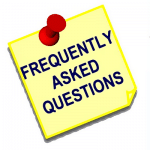 I have Windows XP. What does the end of support mean for me?

Please also note that Internet Explorer 8 and Microsoft Office 2003 are no longer supported as well.

What do I need to do?

Don’t panic! 😐 Your computer won’t turn into a smouldering pile of capacitors and resistors on 9 April 2014. But if you haven’t thought about it already, now is the time to start looking at upgrading your operating system and your hardware. You will not be able to do an in-place upgrade to Windows 7/8 so you will need to copy all of your data to an external hard disk drive first. Make sure you have original copies of all your software as this will need to be reinstalled later.

You have two options, DIY or enlist the help of myself or another computer professional. If you wish to do it yourself, a good place to start is Microsoft’s upgrade tutorial.

Windows XP was a very good operating system but it is our recommendation that you upgrade to Windows 7/8 as soon as possible. If you need help with this, please contact us and we will be able to help. We have a number of custom built PC solutions which are Windows 7/8 ready at a very reasonable cost.